OrderLink is designed to translate the ERP orders/bookings to the cell controller and the completed workorders back to the ERP once a day. This can be done through the GUI allowing a preview of each step, or can be done by the command line custom plugin.

Once you have used the OrderLink GUI to convert ERP bookings to cell controller jobs, you can consider setting up the data flow to run automatically. To do so, the custom plugin is configured to run with specific command arguments to specify the task. This can be either by done as part of your wider ERP tasks, or via a Windows Scheduled Task. Scheduled Tasks are a feature of the Windows operating system which allow programs to run on a schedule such as at a specific time each day. 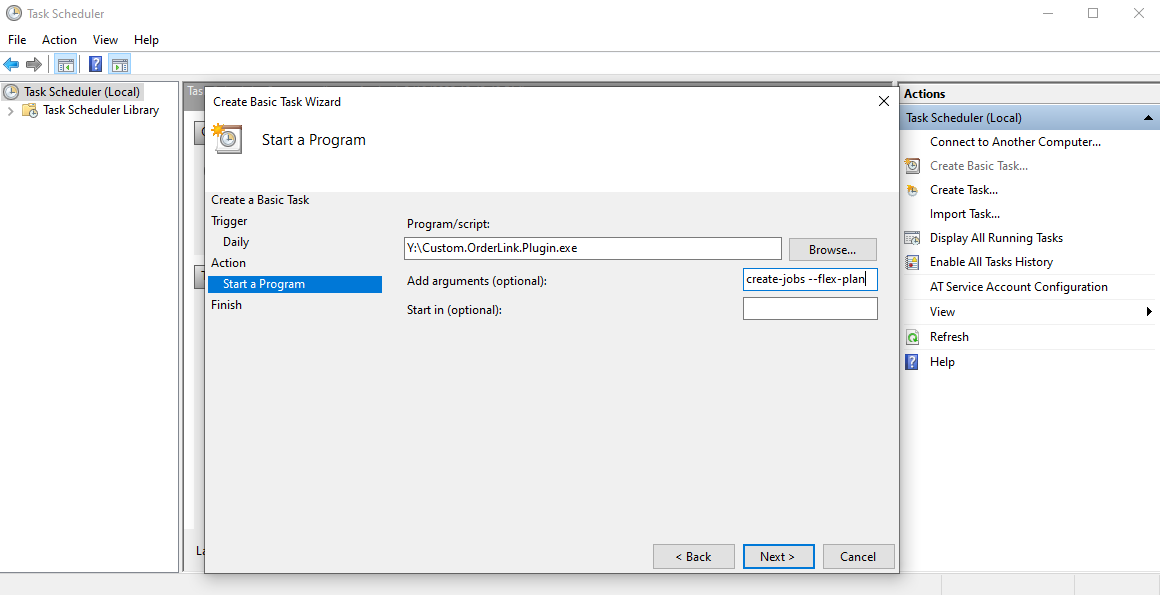 If a Basic Task is too restrictive, a full Scheduled Task can be used which allows more configuration: